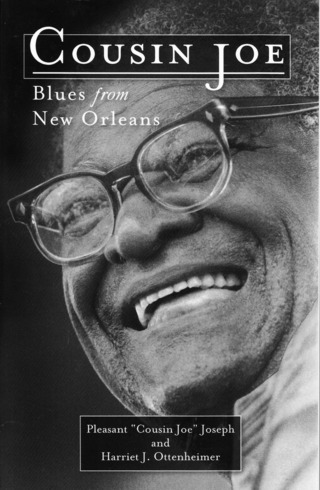 Cousin Joe's story, as told in his unforgettable voice, gives life to a special side of the American experience; at the same time, it offers valuable insights into the relations between New Orleans blues and the development of jazz, the pop entertainment world, and African-American culture.

From Chapter 1: "My Daddy was a mean man! So mean, boy he used to jump on my mother just for nothing. Just for meanness. He would beat my mother for breakfast, dinner, and supper. Almost three times a day. If he'd say something to my mother and she'd answer him back, he'd knock her down. My mother used to keep black eyes all the time. She was a good woman, but my daddy was a mean man.