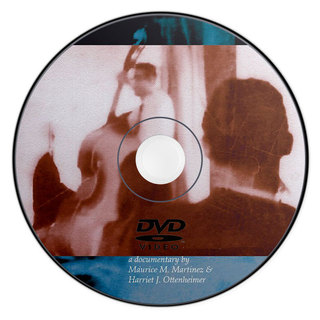 The movie is also available to watch online.

In the politically and racially charged atmosphere of the 1960s, the Quorum started life as a New Orleans coffee house open to all. Created by a diverse group of artists, musicians, academics, and local business people, the first organizational meetings were so stormy that in honor of the wide diversity of opinions, and the cooperative spirit in which they had managed to work together, the founding group decided to name their new coffee house "The Quorum."

Doors opened in 1963 and The Quorum became an immediate magnet for creative people of all backgrounds. And because The Quorum was integrated—one of the first "integrated" public places in New Orleans since the era of Reconstruction—racially mixed groups could sit and drink coffee together, play board games together, folk-dance together. Mixed groups of musicians could perform together, and mixed audiences could listen to them. It was even possible to hold voter registration classes.
The Quorum soon found itself harassed by members of White supremacist organizations, targeted by "dial-a-hate" phone messages and phony narcotics raids. Smoke bombs were tossed through its windows. Newspapers wrote about the "communist, homosexual, integrationist" activities alleged to take place. Police surveillance became routine, with undercover cops trying their best to blend in by buying coffee, joining discussions, and even reading onstage at Sunday evening "Poetry Nights."
On Wednesday night, July 29, 1964, the police raided the Quorum. Seventy-three persons were arrested and charged with "disturbing the peace" (some of the allegations were that people were playing guitars out of tune and engaging in conversations that had no point). Tenants in the apartments above and behind the coffee house were included in the sweep. In accord with the style of the time, the newspapers published the name, race, and address of everyone arrested. As a result, people lost jobs, were evicted from apartments, and many suffered further harassment. One individual committed suicide.

This motion picture, The Quorum presents scenes leading up to and following that July raid on the coffee house. It reconstructs the ambience and interpersonal interactions of the Quorum's audience and clientele. Interviews document the accounts of each living survivor and others who were a part of this scenario. The film relates personal stories of police brutality, intervention, and arrests providing insights into the characters involved: the undercover police, the Chief of Police and his staff, and surrounding segregationist forces. Interviewed is the counsel for the defense and how it was successful in getting all of the charges dropped against the seventy-three defendants, including those who plea-bargained by pleading guilty. This motion picture also unveils the tactics of fear and intimidation used by the police and the district attorney in their efforts to destroy the free right of assembly by American citizens as guaranteed by the constitution. The Quorum documents an event of social change in New Orleans that was a profound step in making freedom a reality for all its people.

The Movie is also available to watch online.